The Sri Guru Nanak Khalsa College (SGNKC) was founded during the year 1973 and is affiliated to the University of Delhi (DU). The SGNKC is traceable to Dev Nagar in New Delhi and conducts undergraduate-level and postgraduate-level courses. Besides, the College reserves admissions for the Sikh Community students. The official website of the SGNKC is https://www.sgndkc.org/sk/.

From the academic year 2005-06 onwards, the College became a Day college and was renamed after the first Sikh Guru, Sri Guru Nanak Dev Khalsa.

Besides, the College is given ‘B++’ grade by the NAAC and stands at 46th position among the colleges in India as per the NIRF Ranking in 2017.

Courses
Among the UG courses, aspirants can apply for BA, BA (Hons), BCom, and BCom (Hons) ones. They can choose among specializations such as Political Science, Business Economics, Mathematics, Mass Communication, among others.

In PG programs, the College holds the MCom and MA in Punjabi ones.

Also, candidates seeking admission in the UG courses have to clear the Senior Secondary Exam in a relevant discipline.

Applicants who want to apply to the College for admissions in courses have to register on the DU official portal, www.du.ac.in. Following registration, the College releases the cut-off marks for each course. Subsequently, the candidates who have scores that fall within the given criteria are eligible for admission.

Amenities
The SGNKC boasts of world-class infrastructure and facilities. The College Library maintains a rich collection of books and journals. Also, the computer laboratories are well equipped with modern equipment. Internet connectivity, well-maintained study rooms, and medical aid are among other amenities that the College provides. 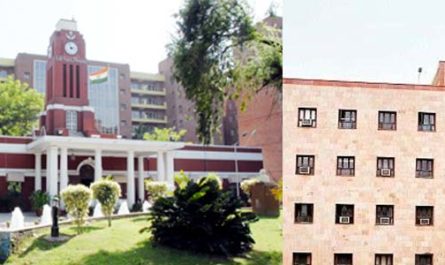 Declaration of NTA UP CET Result 2021