The year 1975 marks the establishment of the “Subordinate Services Commission”. The body was set up by the then Government of India. Their services included recruiting “Group C” (non-technical) personnel for the several government departments, Ministries, and Subordinate Offices. The Commission’s office is attached to the Department of Personnel and Training.

In the year 1977, the body was renamed as “Subordinate Services Commission (SSC)” and was appointed for recruiting “Group B” officers as well. The staff’s pay scale was pegged between the range of Rs 9300 to 34800, including grade pay of Rs 4200.

The SSC headquarters are located at New Delhi. Also, there are several sub-centers and exam centers where examinations and conducted by the body. In seven Indian cities such as Bangalore, Delhi, Kolkata, Allahabad, Chennai, Mumbai, and Guwahati, the SSC have their Regional offices that are governed by the Regional Directors. Also, the Commission has 2 Sub-Regional Offices at Chandigarh and Raipur; each is supervised by Deputy Directors.

For placing applicants in the various government-based agencies, SSC conducts open and departmental examinations. The age limit that is fixed for the given positions is between 18-27 years.

The following open exams are held by SSC.

Every year, SSC conducts the CGEL examination. The aspirants have to hold a graduate degree from recognized universities to become eligible. The CGEL is a multi-tier examination that includes Tier I, Tier II, a computer-based test and an interview round.

Government departments such as CBEC and CBDT require tax assistants. To qualify for these posts, the applicants have to give the Tax Assistant exam. This examination is a multi-tiered one and has Tier I and Tier II. Also, interview rounds and computer tests are part of this exam.

After clearing this exam, the applicants are recruited as Statistical Investigators in the Department of Statistics.

Through this exam, junior engineers for the Department of Posts, CPWD, and Military Engineering Service are recruited. The aspirants have to give a written exam and appear for an interview as well. Also, they are required to complete a diploma course in Mechanical / Electrical / Civil Engineering as a minimum qualification.

To employ Junior Translators of CSOLS Cadre, the SSC conducts the Junior Translators (CSOLS) Exam. This examination is inclusive of a written paper and an interview round.
The minimum qualification that is required to become eligible for this exam is a Master’s degree in any subject; also, English or Hindi must be one of the electives as part of the degree courses.

For the post of Junior Hindi Translator at the Subordinate offices, the aspirants have to pass a written examination after which they have to appear for an interview. Moreover, they must hold a Master’s degree in any subject. Also, at the degree level, languages such as Hindi or English as electives must be incorporated.

Applications have to pass this exam after which they are placed in the commercial audit, accounts, and audit departments.

This is a one-tier examination. The applications are posted as Deputy Field Officers in the Cabinet Secretariat if they are successful in passing the exam. Skill tests and interviews are part of this exam.

This exam is conducted to employ Sub Inspectors for CPOs (Central Police Organizations). As part of this exam, the applicants have to appear for a written test, physical fitness test, medical examination, and interview. Graduates from any field are eligible for this exam. 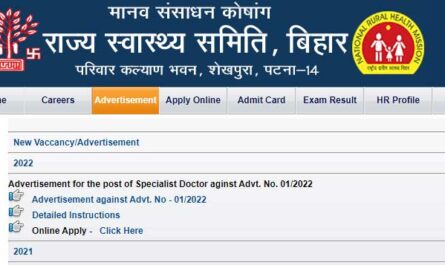