The William Carey University (WCU) is named after the renowned Christian missionary, William Carey, and was formed in the year 2005 at Shillong that is the capital city of India’s Meghalaya state. The sponsoring body of WCU is the ACTS – Academy of Higher Education that is located at Bangalore; the society was founded in the year 1979 and since then, has earned repute in the education sector through their notable work. The University has affiliation with the University Grants Commission (UGC) and thus, can give degrees to the deserving students after completion of the respective programs. WCU’s official website is www.williamcareyuniversity.ac.in.

The University aims for the socio-economic development of the Northeastern part of the country through various cultural, social, academic, environmental, and economic programs.

WCU primarily offers postgraduate programs. However, some graduate and paramedical programs courses are conducted at the University as well. The University has courses in various fields such as Computer Science, Arts, Mass Communication, Civil Aviation, Management, Fire Safety, Fashion Design, Agriculture, Hotel Management and Science – to list a few.

During the initial years, the University was situated at a rented building at Zoram Villa and contained a library, staff rooms, classrooms, and office spaces. However, during the year 2008, new land for building the University was purchased at Umsning, which is 8 kilometers from Shillong. The University campus that spans 8 acres of land is being developed at the site.

Some of the University’s academic programs are designed in collaboration with other Indian and foreign universities. Moreover, WCU has introduced the anti-ragging policy to keep the campus free of ragging and create a safe environment for all. 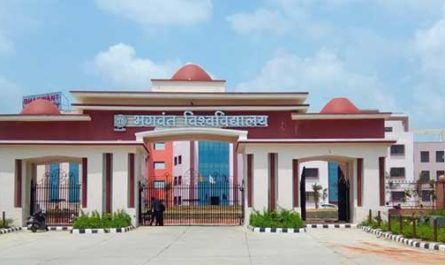