Overview
The Zakir Husain Delhi College (ZHDE) is among the oldest educational institutions in the Northern part of India. The ZHDE was instituted during the year 1792 and is one of the premier institutes imparting education for more than 300 years. The College was set up in the 17th century as a Madrassa by the founder Ghaziuddin Khan; he was the principal Deccan Commander of Mughal King Aurangzeb. The ZHDE bears affiliation with the University of Delhi (DU) and is the only college in DU to conduct BA (Hons) courses in Arabic and Persian. The ZHDE is traceable to Jawaharlal Marg in New Delhi. And the official website of ZHDE is www.zakirhusaindelhicollege.ac.in.

At ZHDE, aspirants have a variety of 3-year UG courses in a range of disciplines. They can pursue BA (Hons), BA, BCom (Hons), BCom, BSc (Hons), and BSc programs. And the College has courses in Persian, Physical Sciences, Psychology, History, Philosophy, botany, among others.

For UG admissions, the candidate’s scores in the qualifying exam are considered. And the applicant whose marks fall within the cut-off range is eligible for admission.

In postgraduate-level programs, the ZHDE gives candidates a choice of specializations under courses such as MA, MCom, and MSc. Pupils can pursue studies in the fields of Commerce, Economics, Physics, Mathematics, Zoology, History, among others.

For PG admission, the College follows two modes: direct admissions and via entrance test. However, the candidates should meet the eligibility criteria as mentioned by the DU to be considered for admission.

An array of Certificate and Add-On courses are held by the College as well.

Amenities
As part of the ZHDE campus infrastructure, the pupils can avail a range of amenities. The campus is ICT-enabled, having internet connectivity and advanced teaching aids. Further, the Mirza Mehmood Beg Library is the College library and one of the oldest DU system libraries.

Besides, the College Placement Cell offers students a range of job opportunities to build successful careers.

The All India Institute of Medical Sciences, Raebareli 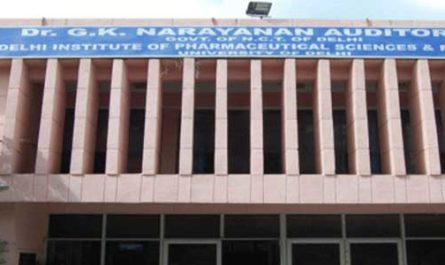